Kelloggs Rice Krispies cereal is one of the most popular cereals in America.

But a burning question more and more people would like to know is if this popular cereal contains gluten and if it is safe to eat for anyone who has celiac disease, a gluten sensitivity or following a gluten free and wheat free diet. 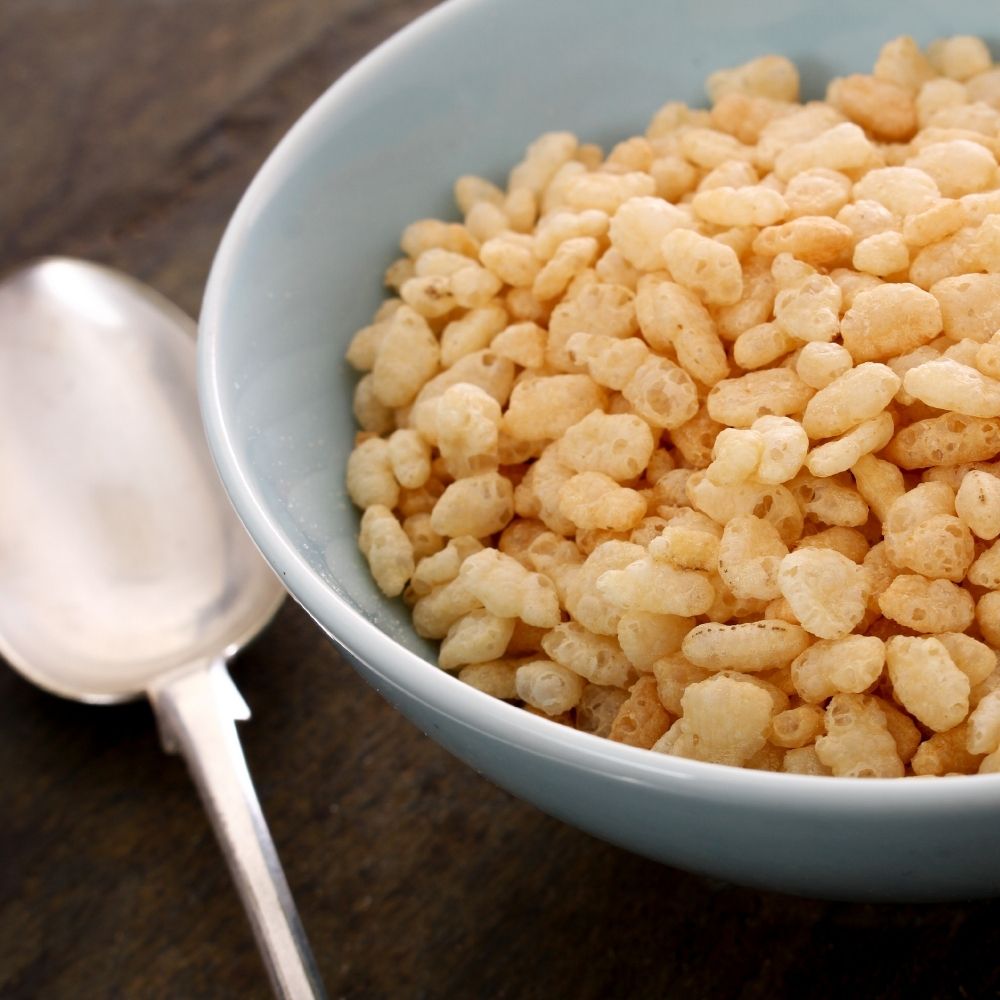 We’ll break down the ingredients and even look at what the company has to say to know once and for all is Kellogg’s Rice Krispies gluten free.

Keep reading because the truth MAY SHOCK YOU!

So the first step in answering this question is to take a look at the ingredients.

The list of ingredients for Kellogg’s Rice Krispies cereal are:

At first glance these ingredients appear harmless but when you start to scrutinize a few of them, things may get tricky.

While rice is gluten free as well as sugar and salt here’s where we run into a gluten filled problem.

Malt flavoring is often derived from barley which contains gluten. If it doesn’t say Gluten Free or doesn’t state it’s been derived from another source you should assume the worst… in this case that it contains Gluten.

Now’s a good time to hear what the company has to say about Rice Krispies, it’s Malt Flavoring and whether or not it’s Gluten Free.

The Official Gluten-Free Word From Kellogg’s

A: At Kellogg, we believe in the power of grains and the positive impact grains can have on health and the planet. We also understand there are people who are trying to reduce gluten – either because of celiac disease or due to a diet choice.

Due to disappointing sales and manufacturing constraints, we are no longer able to make Kellogg’s® Rice Krispies® Gluten Free cereal.  Kellogg’s Rice Krispies are made with malt, which comes from barley and may contain gluten; therefore, they are not labeled gluten free.

Please remember that recipes change over time, so for the most accurate information, be sure to read the nutrition facts panel on the package you purchase.

“At this point in time, Kellogg’s Rice Krispies cereal is officially NOT gluten free due to it’s Malt Flavoring which comes from barely which contains gluten. If you are celiac, have a gluten sensitivity or following a gluten free diet then you should not eat this cereal.”

Are Other Rice Krispies Flavors and Varieties Gluten Free?

There are a few different varieties of Kellogg’s Rice Krispies cereal, but are they Gluten Free. Let’s find out together:

Unfortunately Kellogg’s® Cocoa Krispies® cereal is NOT Gluten Free because it contains Malt which is derived from barley, which contains gluten.

Unfortunately Kellogg’s® Frosted Krispies® cereal is NOT Gluten Free because it contains Malt which is derived from barley, which contains gluten.

Unfortunately Kellogg’s® Cookies & Cream Krispies™ cereal is NOT Gluten Free because it contains Malt which is derived from barley, which contains gluten

How to Check if a Cereal is Gluten Free?

Below are a tips you need to follow to make sure your next bowl of cereal isn’t hiding any Gluten.

And ALWAYS remember, just because the ingredients are naturally Gluten Free doesn’t meet when it hits your bowl it’s still is 100% Gluten Free.

Always look for items that are certified Gluten-Free to know for sure.

To learn more about Kelloggs Rice Krispies you can go to